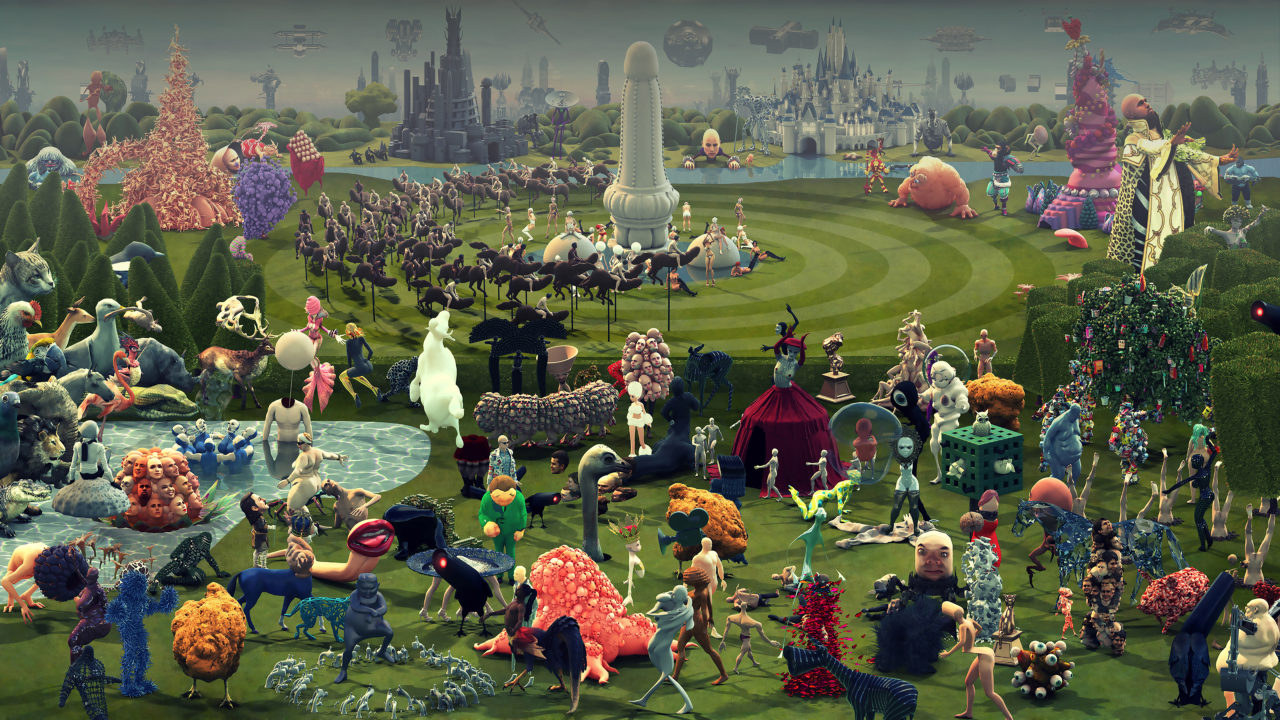 Paradise by the Dutch design trio, Ton Meijdam, Thom Snels and Béla Zsigmond, a.k.a. Studio Smack. Originally commissioned by the MOTI Museum Bleda to mark the 500th anniversary of Bosch’s death, this garden of digital delirium now has a permanent home less than a kilometre from the Dutch painter’s masterpiece in the Prado Museum.

Lust dominates the central panel of The Garden of Earthly Delights; here, the excesses of 21st-century society take centre stage. Sex is ever-present, with rows of penis-horse riders circling mid-screen; branded packaging blights the landscape, while in the foreground a Gangnam Style dancer seeks thumbs up approval. Each self-obsessed character is locked inside their own loop, an infinite portrait of modern-day debauchery.